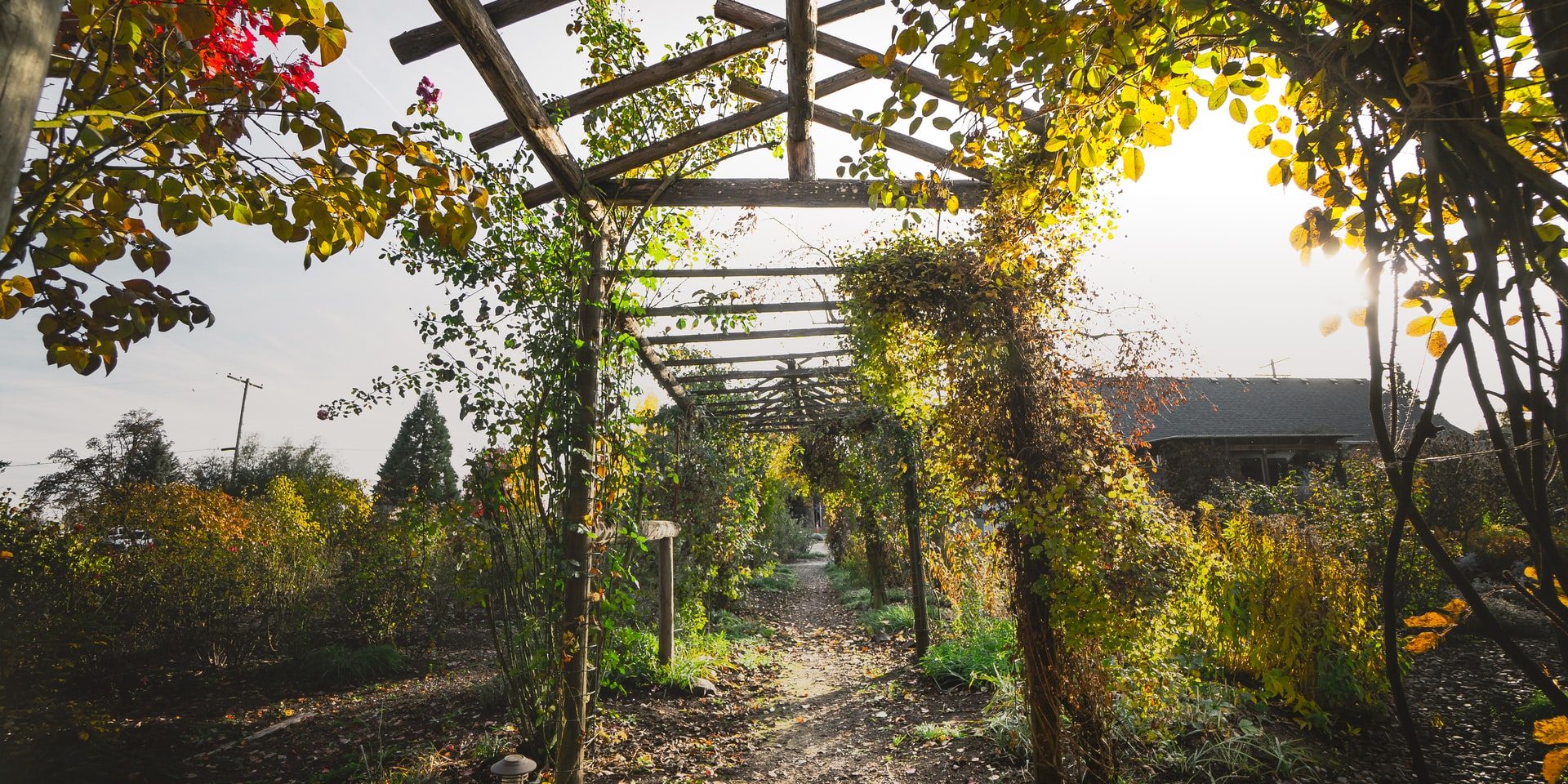 Peter gives us this account of his wisteria support:

The following pictures are of a pergola or climbing frame I built from your system for a very vigorous wisteria vine in the historic district of Frederick MD. It is strong enough for me to also use it for doing chin ups first thing each morning. The vine previously had a light frame which was in constant danger of collapse, especially in windstorms and from snow accumulations. Your system supports a grid of lighter garden stakes and netting for the vine to work itself around. Wistaria is very difficult to control but this is designed to keep it all within reach for weekly clipping while being high enough to produce a shaded arbor underneath.

Peter calls out how his wisteria support trellis made of Kee Klamp has a number of benefits:

What Parts Are Used to Build the Support Trellis