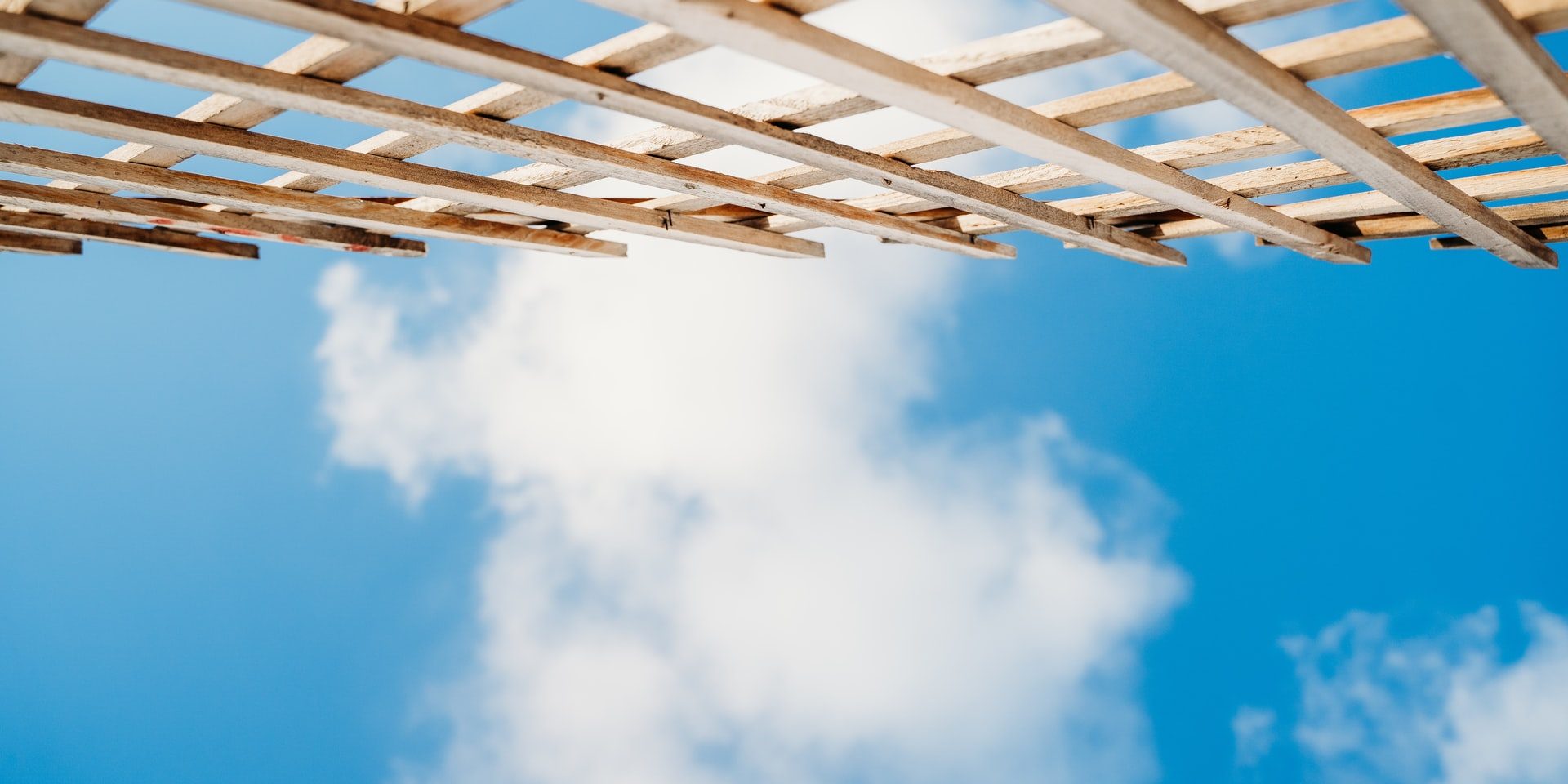 July is shaping up to be quite the month, what with the milestone above and the arrival of our baby…

We’ve been so busy making the inside of the house livable that the outside has fallen by the wayside. But we’re making progress! Currently, we’re in the midst of two projects: a little porch over the front door and a not-so-little side deck.

When we first replaced the tiny window with French doors in what is now the dining room, I dreamed of expanding said dining room outdoors with a large outdoor living area complete with a pergola, sitting area, grilling area, dining area, possibly even a fire pit – the whole shebang, basically.

Now, those plans are finally coming to fruition one tiny step at a time. Thankfully, we hired these projects out – I can’t imagine trying to DIY a deck, pergola and front porch while simultaneously designing the nursery and being seven months pregnant. With the onset of my third trimester, merely typing out those projects makes me want to take a long nap.

Speaking of pregnancy, I’m crossing my fingers that both projects are finished in time for my baby shower at the beginning of June.

With any large project we tackle, I find it necessary to make some initial sketches – whether it be in a computer program or on plain paper. The plans inevitably change – and that’s totally okay. But narrowing down our many, many wants and needs into actual plans before diving in helps all parties involved, because it gives everyone a clear direction. I mostly use floorplanner.com for such projects or mock them up in Photoshop.

Stay tuned for photos of the finished, styled deck coming in the next few weeks. In the meantime, I’ll be sharing the behind-the-scenes process. I’m also hoping you’ll help me answer some important questions – like what color to paint the pergola and which stain to choose for the deck.

If you’re unfamiliar, a pergola is an outdoor architectural feature used to define an outdoor space. It can be attached to the house or freestanding, and it consists of support posts and criss-crossed beams that form an open roof.

I’ve adored pergolas as long as I can remember; there’s something so “Mediterranean villa” about them – and you know how I feel about about the Mediterranean… But it wasn’t until an evening at a local Italian restaurant called Tony’s Pasta Shop & Trattoria (highly recommend if you’re in the Chattanooga area!) that I realized we could easily have one built on our own deck.

To add to my excitement, we recently discovered a gigantic climbing rose bush on our property (it’s huge!). I fully intend to replant part of it around the pergola columns and watch it take over the entire pergola. If any of you have tips on replanting climbing roses, I’m all ears!