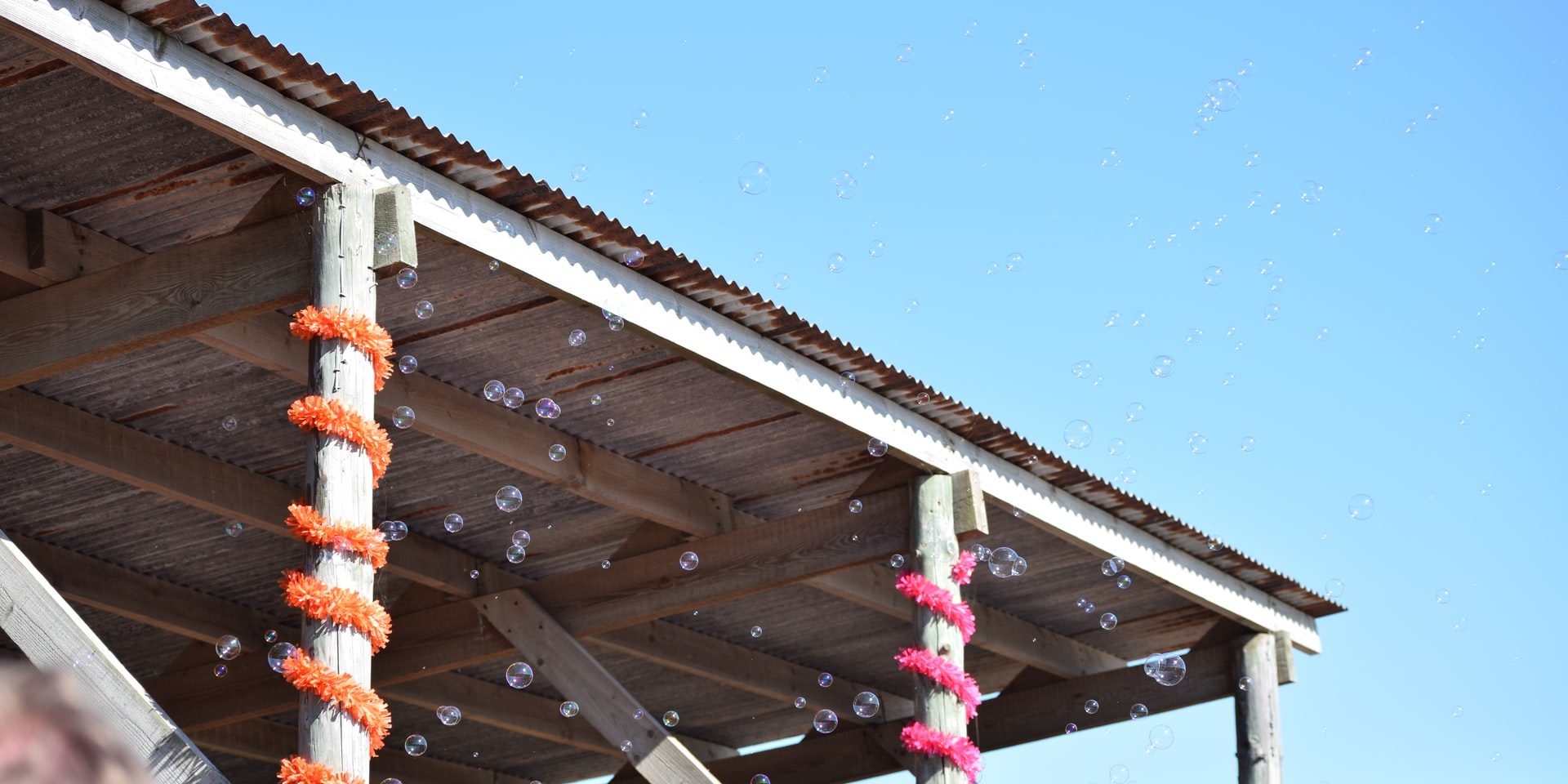 I wasn’t sure what to expect when I walked through the doors of Flatiron’s newest restaurant/hookah lounge Pergola, but I can tell you a live electric violin performance of “The Final Countdown” was the furthest thing from my mind. But that’s what I got at their opening party, along with a surprisingly tasty spread of Mediterranean fare and an out-of-place but much welcome hot toddy. Pergola bills itself as a “dining and entertainment experience, ” and judging by the wailing violin strings—ferociously strummed and plucked by a bedazzled beauty, I might add—deafening DJ, and plumes of fragrant hookah smoke, it seems they certainly have the experience element down.

Confronted with this flashy, circus-like atmosphere I was dubious about the quality of the meal but never judge a kitchen by its club-like enclosure. The food, turned out by Executive Chef Nestor Moina, certainly exceeded my expectations, especially the wonderful Mezze Platter ($12), which came accompanied by traditional baked pita as well as a crisp fried version to scoop up the hummus, babaganoush and kalamata tapanade. Also a hit were the warm Stuffed Grape Leaves served with a delectable whipped tzatsiki sauce. They’re smaller than some of the versions I’ve seen before, the tender casings filled with just enough well-seasoned ground beef and tomato-flavored rice. I greedily eyed the Feta Tasting ($12) at the table next to mine; I’ll save it for the return trip.

The entrees we sampled didn’t quite rival the first course, though it’s possible we were just full from eating every last drop of hummus. A gargantuan portion of Schwarma ($18) didn’t have that melt-in-your-mouth texture I associate with long hours spent on a rotating spit, but the lamb was still tender and had a hint of smokiness offset by a drizzle of nutty tahini. The meat smorgasbord called the Pergola Mixed Grill ($25) offered five different types of flesh, including a tender lamb chop lollipop and kofta, which could best be described as a cigar-shaped meatball. The meats were all well-cooked and flavorful, but the dish itself wouldn’t be something I’d travel for.

A simmering head cold kept me away from the hookah offerings ($20), of which there are 20 in flavors both traditional (apple, orange, vanilla) and somewhat more elusive (blue mist, cocktail). But a hot toddy—which may have already been stricken from the menu, a shame—was a welcome mug of sweet booze, as was the Perfect Gentleman, a robust mix of bourbon, sweet vermouth and a cucumber and rose-infused dry vermouth. Mulberry Project alum Scott Fitzgerald is behind the cocktails, creating twists on daquiris, fizzes, martinis and collins with popular mixology additions like tarragon, agave and lavender-violet liqueur.

The bi-level space formerly housed a flower shop and touches of nature still linger in the many wall-mounted window boxes filled with ferns and dangling plants and the handsome wall of greenery on the second floor. The bar and dining area below invite guests looking for a meal but beware late-night seatings, where it seems the restaurant caters more to the club crowd with the aforementioned entertainment. A second floor lounge area looks to offer a less frenzied environment for hookah smoking and cocktail sipping; it’s also where the coat check lives, which should give you an indication of the type of spot you’re visiting.

I felt underdressed on my visit, upstaged by a sea of tiny black dresses teetering on five-inch stilettos, so be forewarned this isn’t the kind of place for an impromptu plate of kabobs following a jog in the park. It’s also not really “my kind of place, ” with its curtains and low couches and Top 40 soundtrack; but it’s certainly worth throwing on a pair of heels for Happy Hour on weeknights from 5 p.m. to 8 p.m., where the hummus and feta olive samplers go for just $6, glasses of wine for $6 and hookah for $15. If you’re lucky, the fashionistas won’t arrive until you’re pleasantly sated and ready to roll.

Source: gothamist.com
Photo by SarahCreates on Unsplash
Go to Top