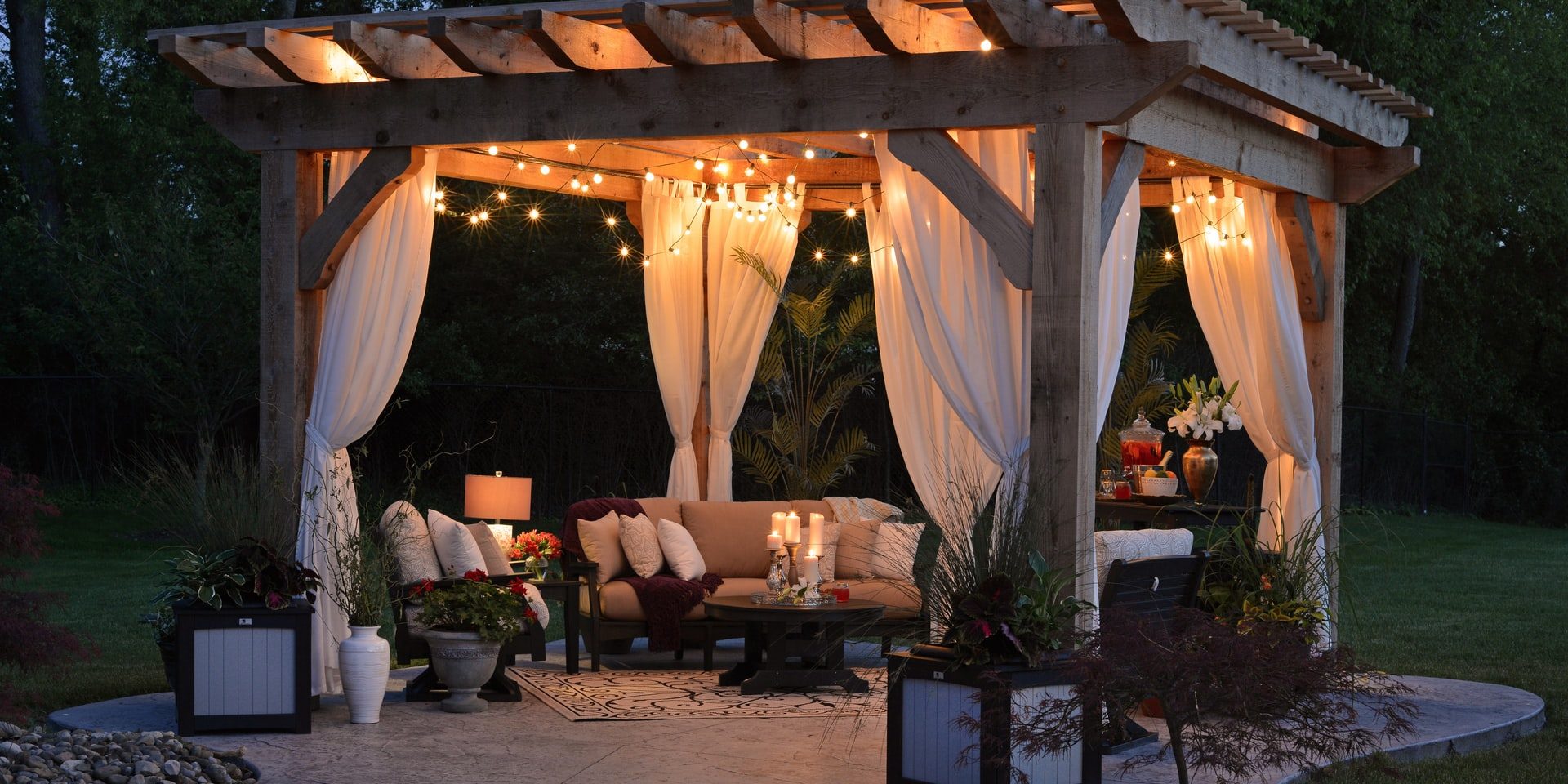 A pergola is an outdoor structure consisting of columns that support a roofing grid of beams and rafters. This roofing grid may be left open or covered so as to create an area sheltered from the elements. Pergolas may be freestanding or attached to a house.

In order to gain a better grasp of the definition for “pergola, ” it is helpful to compare and contrast it with other outdoor structures with which it is sometimes associated, including:

An arbor is a landscaping structure very similar to a pergola, but there are differences between the two. If we look at the subtleties, the following distinction can be drawn:

Pergolas, by contrast, are typically larger structures, often in every dimension (height, width, and length). Sometimes given greater architectural treatment, they may exhibit masonry columns, for instance. Their tops are more often flat.

Traditional pergola design harks back to grand masonry pergolas of the Italian Renaissance.

But the term, “pergola” is used more loosely now, and includes wooden structures (as in the photo). Pergolas are often attached to houses, such that they form an outdoor living space that essentially serves as an extension of a home’s indoor rooms.

In answering the question, What is a pergola? some experts would distinguish pergolas from arbors by noting that the columns of the former form something of a “colonnade.” For instance, Landscape Architect, Cynthia Cash writes, “The primary difference in an ‘arbor’ and a ‘pergola’ is that an arbor is a free-standing structure (also used to support vines), whereas a pergola is a long linear structure over a garden pathway.”

How Are Gazebos and Carports Different From Pergolas?