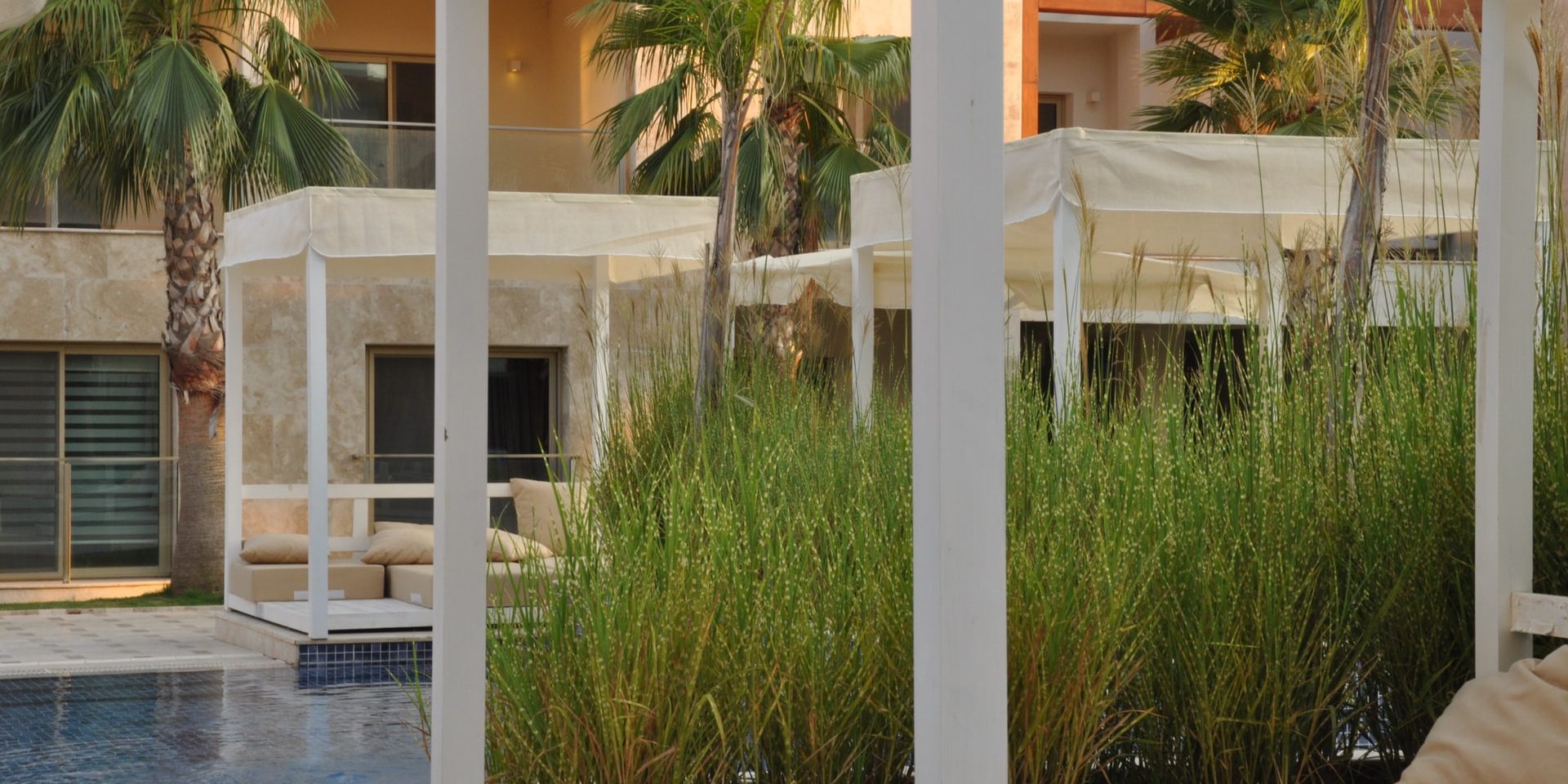 If you intend staining or colouring the pergola, it’s usually easier to do this before construction, rather than fiddling about on a step ladder once the pergola is built. The side rails and cross members could be made from 100×38 or 100×25 timber if preferred, but the notch cut into the cross members must be adjusted accordingly.

Obviously, some of the side rails in a lengthy run of pergola will not require any end detailing.

The first step in construction is to erect the posts that will carry the pergola. The posts need to be concreted into the ground to a depth of at least 450mm (see fences page for more detail) and must project at least 2275mm above paving level. This is calculated as.

To accommodate standard fence or trellis panels, the bays need to measure exactly 6 feet (1830mm) between the posts. If you have a fence/trellis panel available, it can be used to check the spacing between posts.

The width of a double pergola is a matter of taste. These plans allow for a width of 1830mm, exactly the same as the length of a bay, but this can be adjusted to suit. However, anything over 2500mm wide looks out of proportion to the height.

Step 1 – Erect Posts
Post Fixing Detail Dig post holes approximately 300x300mm in plan at 1930mm centres to a depth of around 500mm. Set up taut string line to ensure alignment. Erect first post and fix in place with concrete. Check spacing and alignment to next post before fastening in with concrete. For the double pergola, check that the posts on each side are square by measuring the diagonal, which should be 2588mm ±2mm.