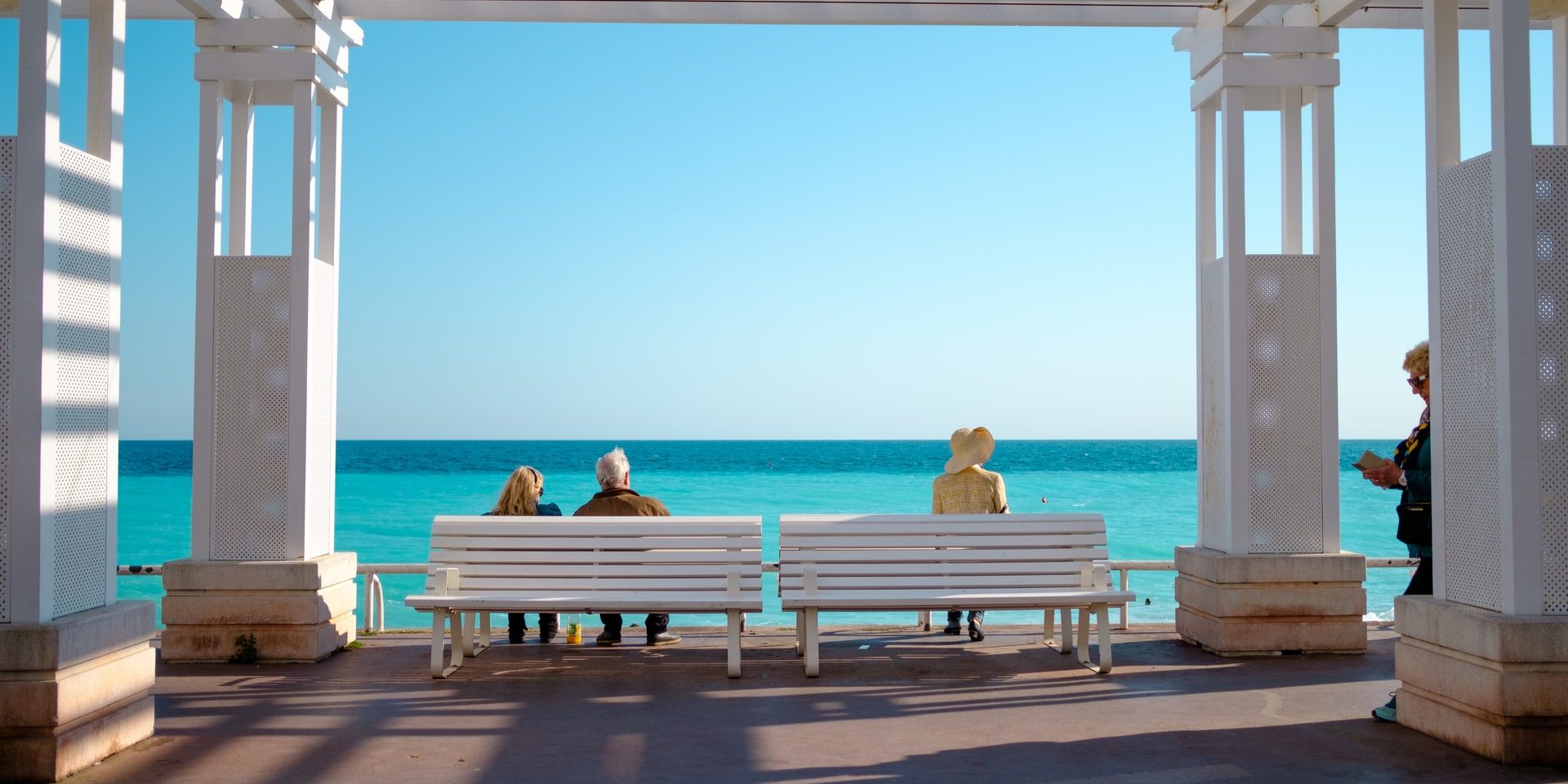 Last year, my daughter and her husband moved into their first home, somewhere in the great state of Ohio. Fortunately, it needed a little work, so that helped occupy my spare time last summer (and on some periodic weekend visits since). After all the minor issues were addressed, her dream was some respite from the sun on their south-facing patio; to be able to sit out in the shade and read a book, hang out, grill a burger and enjoy a cold beer. It was the last potential uses that got MY interest up, and with their pergola kitty bolstered to $500 by a tax refund, we leapt into action.

Choosing a Site and Design

The patio is concrete, 12’ X 24’, and in very good condition (after a good power washing). After looking at some pergola pics online for inspiration, we came up with a simple design, and after pricing materials, we decided on roof dimensions of 12’ X 16’. We went with a free-standing design, which, in addition to looking good, requires no permit, since it isn’t attached to the house. Building codes vary widely, so check with your local inspector.

While my daughter rinsed the scuzz off the patio, my son-in-law and I went to the local home center, and managed to get everything onto my (somewhat overloaded) truck in one trip.

Normally, a free-standing pergola would be built on concrete piers, sunk below the frost line. Since the patio was in good, solid shape, with concrete 5 to 6” thick, we took the instant-gratification route and built it right on the patio. Since this is an open-roof design, it will never have to bear any weight beyond that of the structure itself.

If you need piers, you’ll have to first ascertain exactly where your posts will sit. Take your time, and make sure your posts will line up right and be square to each other. Next, dig some 8-10” holes to below the frost level in your area (usually three feet or a bit more). Unless you are strong like bull, this is made MUCH easier with the use of a rented power augur, and is well worth the $40 or so for the rental. Insert Sonotubes in the holes, mix and pour your concrete into them, and insert a 5/8” J-bolt in the center of each while the concrete is wet, extending about 1” up.

Our design called for the four 6X6” posts to be set around 12’ apart on the width, 9’ on the depth, to provide a stylin’ overhang. (We actually offset the left rear post about a foot to the right, to provide better access to an outdoor outlet and dryer vent). The front edge of the concrete patio curved, so we held our measurements square to the house, making sure the posts were held an equal distance from the rear wall of the house.

Once the location of the posts was settled, we marked the centers and used a hammer drill to drill a 5/8” hole, set the standoffs in place, and banged in a 5/8” expansion bolt through the center hole of each. After making sure the standoffs were square to each other (they have a slot to allow for some adjustment), we cranked down the retaining nuts. We had decided on an overall height of 90”, to allow the rear of the structure to extend slightly under the house’s soffit. The posts were cut to 89” (allowing 1” for the thickness of the standoffs), and we then trimmed a slice 9 ¼” long by ¾” deep down the opposing faces at the top of each post. This was done to allow the 2X10’s used for the double header to sit flush with the top of the posts, giving each beam a shoulder to rest on, while protruding a bit to add some visual interest (hey, this is Ohio; you NEED some visual interest!). The posts were set on the standoffs, plumbed front and side, and nailed to the standoffs with galvanized structural 10p nails.

Special Bonus Tip: The posts must be plumb in two planes—front to back and side to side. For those of you with only two hands, simplify the task by placing levels on adjacent sides of the post, and securing them with a bungee cord.

Giving Your Pergola Some Style

To conjure up the feeling of being in a fabulous Spanish hacienda by the sea (well, Lake Erie is only an hour or so away), we shamelessly copied a simple, curved line from a neighbor’s pergola, drawing it freehand on the first header, then using a cardboard template to trace it onto the rest. We did the same for all the joists, then made all the cuts with a sabre saw. By this time, the sun was fading, and so were we, so we wrapped up and rehydrated ourselves in an appropriate fashion.

Bright and (fairly) early on day two, we leapt (OK, fine—stumbled) back into action. After temporarily bracing the posts, we lifted one of the headers and rested it on the cut-out shoulders of the back side of the front set of posts. We were careful to maintain plumb, and to allow an equal amount of overhang at both ends. We screwed the header to both posts to hold it in position, raised another header into position on the front side of the same posts, and screwed it to the posts.

Our next step was to drill two ½” holes, one above the other, through both headers and the posts. We secured each header/post connection with two 8” galvanized carriage bolts, washers and nuts, and then repeated the header installation process with the other set of posts.

Before installing the joists, we wanted to give the structure more stability, to prevent it from racking. (Having pergola parts raining down on you doesn’t generally improve the festive party atmosphere—unless you’re a personal injury attorney…). We cut 2X6’s into pieces about 3’ long, cutting 45º angles on the ends, and scribing and cutting a gracious Mediterranean curve onto each. (Okay, so maybe it was a stylish Buckeye curve). After pre-drilling, to avoid splitting the wood, and double-checking for plumb, we screwed them to the face of the post, holding them all to the same height, then to the headers, using 3” exterior screws.