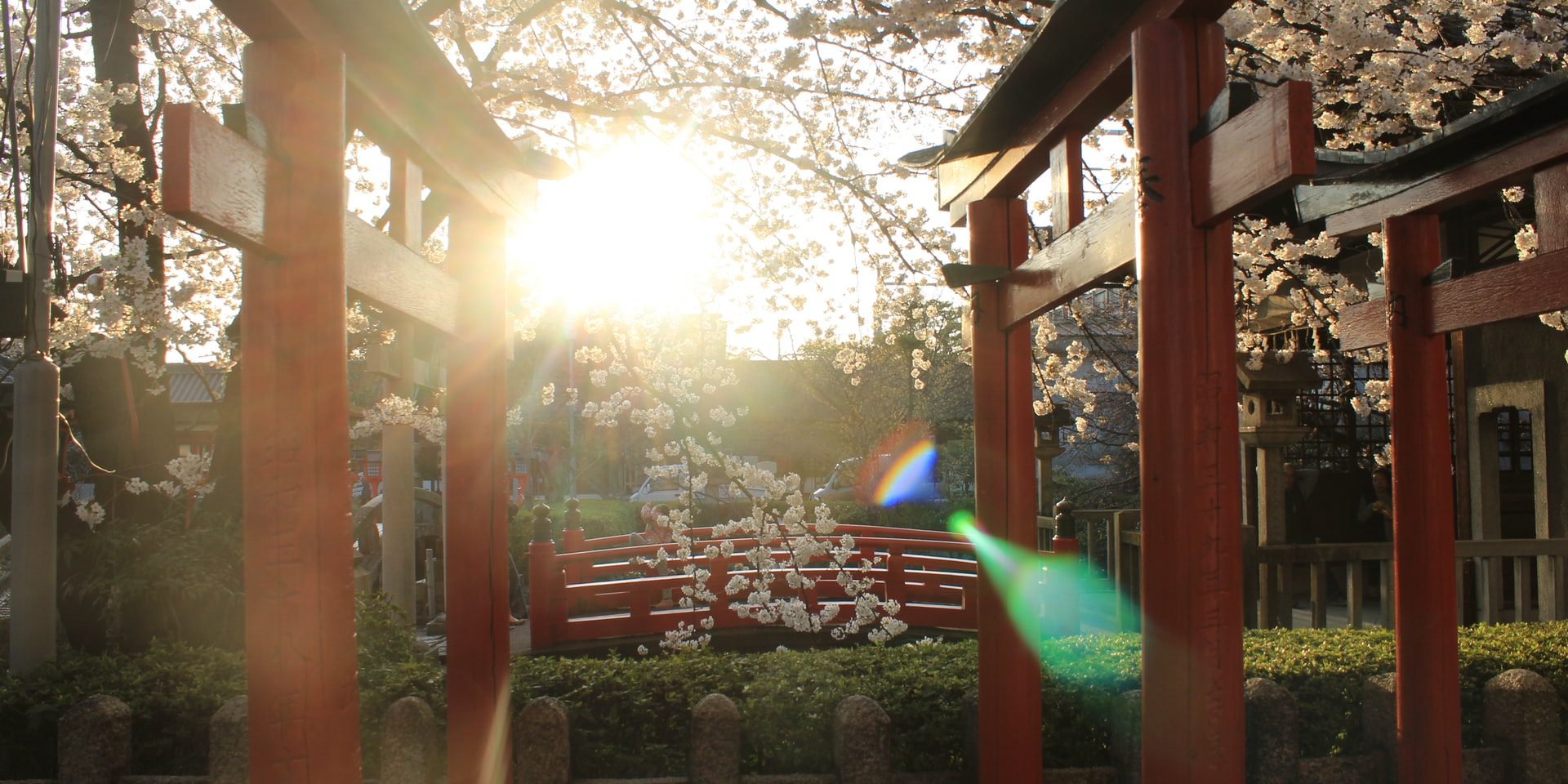 I’ve heard people call a pergola anything from an arbor, a colonnade, or a trellis to “one of those garden things.” But regardless of what my clients call them, I enjoy building them. The balance of site work, layout, and trim is just right.

Plus, they’re profitable. Since pergolas are luxury items, the budget to build one is usually large enough that I can use nice materials and take extra time, as I did even on the fairly modest project I describe here (see photo, right). I was able to carefully prepare the site — providing drainage and a buried electrical line as well as a level pad — build a template, and use custom-finished rough-sawn cedar.

Proportion is key when designing a pergola. You need a decent eye to “Goldilocks” the measurements or you may end up with a pergola that’s too skinny and tall, and that looks like a tower.

While there’s no need to be slavish to it, the golden ratio of 1:1.618 is a good starting place. For example, if the overall height you have in mind is 96 inches, try a length of about 155 inches (96 x 1.618 = 155). You can sketch it out on graph paper or your computer to get a sense of what it will look like. The pergola in this article is typical of what I build, though its dimensions were dictated more by what would fit best in a small, urban backyard than by any respect for classical proportions: It’s 12 feet long by 10 feet wide by 105 inches tall, with 88 inches below the girders.

As a practical matter, the bottom of the girders should be no less than 80 inches high (the same as an interior doorway); if customers want a ceiling fan, the pergola must be tall enough to allow at least 88 inches under the blades. I like to make the overall length of the girders a multiple of 16 inches so rafters lay out predictably. When the girders are cantilevered beyond the posts or the rafters are cantilevered beyond the girders, any overhang shorter than 12 inches looks truncated — I went with 18-inch overhangs here.

Remember, too, that the pergola will look different from various vantage points. It’s worth a few minutes of your time to investigate the sight lines from the house, the interior windows, and any other point from which the pergola will be visible. If you can see the top of the pergola from a second-floor window, for example, you may want to route wires or conduit for a ceiling fan so that they’re hidden. Will the pergola block the view of a favorite shrub or ornamental tree? Will it look crowded in the corner? You need to do the footwork to know what issues you’ll need to address.

In this project, the pergola was to be set in a corner of the yard, and its rough location was pretty much determined by the existing fences on the adjacent properties and a required 4-foot setback from the property line. Nevertheless, I spent a considerable amount of time measuring from known control points that I found on the property’s plat plan. It was no surprise to learn that the fences were not built on the true property lines, and I made sure to reference the control points rather than the fences when laying out the pergola.

Once I knew the pergola’s footprint within a few inches, I graded a level pad using a Toro Dingo (888/384-9939, toro.com) with a bucket attachment (Figure 1). The machine, a bucket, and an auger cost me $245 per day, plus delivery. Part of the reason I rented the Dingo for this job was that an existing brick fireplace was in the way — the Dingo was a great help carting away the debris. I also used the Dingo and a trencher attachment (rented at additional cost) to drop a 30-foot-long, 24-inch-deep trench to bring power to the pergola. That took about 20 minutes.

A mini skid-steer loader saves time and reduces back pain when it’s used for the minor earthwork required for a freestanding pergola.

Because this project called for a refined, natural feel and durable materials, I used rough-sawn western red cedar, 6-by and 2-by. It delivered the right look, though the labor to finish the cedar added to the budget.

The Western Red Cedar Lumber Association (866/778-9096, wrcla.org) recommends finishing cedar with a solvent-based stain prior to installation. Finishing extends the life of the material, especially when it’s in ground contact (Figure 2). To that end, I used two coats of solvent-based, pigmented DeckScapes stain (Sherwin-Williams; 800/524-5979, sherwin-williams.com). The pigment adds luster to the wood and delivers some UV protection.

The author finishes rough-sawn cedar for a pergola, prior to assembly. That way, he can work on the ground; also, no surfaces are buried in joints and hidden from the brush.

The rough-sawn wood thirstily sucked in the stain, and each coat took more than 24 hours to dry. I stained the cedar before construction and allowed a day’s drying time after the final coat — while I started the dirt work.

A cornerstone to my approach to building pergolas is the full-size template I fabricate. Instead of fussing with string to define a pergola’s perimeter, I build what I call a sandbox. I use it to confirm the size and location of the structure, and also to lay out and anchor the posts. Whether I leave the sandbox in place or remove it when construction is complete depends on the pergola’s design.

The sandbox for this project was to remain in place to establish a level area below the pergola and contain dirt for a spot of lawn — it could also have been used to contain a base for a hardscape such as pavers or bricks.

I built it out of 2×8 stock such that the interior dimensions were the same as the outside dimensions of the pergola (plus a 1/4-inch fudge-factor). After squaring it, I braced each corner with a diagonal 2×4 (Figure 3). Then, before positioning the sandbox for final layout, I hacked out a trench about 8 inches wide and 6 inches deep around the perimeter and filled it with 3/4-inch gravel to provide drainage under the box. The gravel also eased dialing in the template’s final position.

A 2×8 box built to the outside dimensions of a pergola’s posts is squared and leveled to serve as a template during construction.

I remeasured from the property lines and the house, and precisely positioned the sandbox. Then I marked where the center of each post hole would be. Before shifting the sandbox out of the way to dig the holes, I cut a couple of sticks that fit exactly between the sandbox and the fence corner, to make it easier to relocate the sandbox.

I used the Dingo to drill 15-inch-diameter post holes at least 36 inches deep (Figure 4). It took about 5 minutes to drill each one. As I drilled, I dropped the dirt toward the center of the pad to keep it off the grass and avoid having to move it twice. The auger leaves loose fill in the hole bottoms, but that’s easily remedied by overdrilling a little and tamping. I followed this by dumping a few inches of 3/4-inch gravel into each hole and tamping it. This layer facilitates drainage around the bottom of the post and is recommended as a best practice by the WRCLA.

Three-foot-deep holes take about 5 minutes each with a machine-mounted auger.

With the holes drilled, I replaced the sandbox, laying my measuring sticks between it and the fence as guides. Once I leveled the sandbox in all directions, I was ready for the posts. These I rough-cut about 12 inches longer than the proposed finish height of the pergola; I set them in each corner and screwed them to the box. Because the sandbox was to remain in place after construction, I added construction adhesive before fastening it to the posts.

Next, I plumbed the posts in both directions (Figure 5), then braced them with diagonal kickers (Figure 6). To provide a stable mooring, I mixed and poured a 60-pound bag of quick-setting concrete around the base of each post, on top of the 3/4-inch stone I had tamped in place earlier. When that set up, I finished backfilling the hole with gravel, tamping as I went. I haven’t found anything that delivers a more stable footing faster.

The posts are left long, placed in holes, and plumbed in two directions prior to backfilling.

Bracing the posts to the box not only keeps them plumb, it stabilizes the assembly and makes it safer to climb on during construction.

As I moved on to laying out and cutting the girders and rafters, I knew the posts were right where I intended them to be. Because of the stout anchor point, they wouldn’t move, either — I was able to climb all over the structure during the installation.